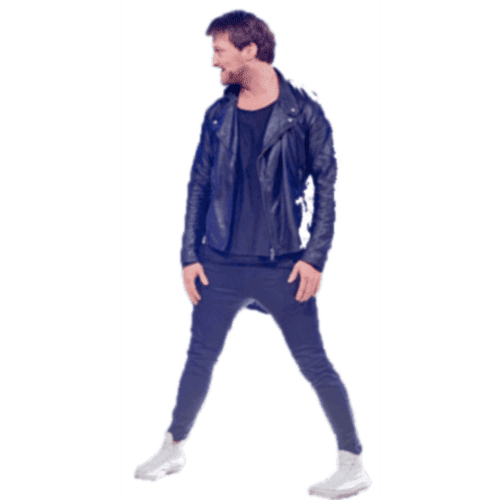 He studied singing and classical guitar at the Pärnu-Jaagupi Music School. In addition, he improved his skills at the acting school, where he studied acting.

In 2007, he made it into the top 100 in the TV show "Estonian Idol", but did not make it through the theater round. In 2011, Vaido Neigaus made his acting debut by broadcasting "Secrets".

In 2015, Vaido Neigaaus made a biographical film "My name is Vaido", and in the same year he played the chef in the comedy series "Kitchen". The third studio album, "Vaido Neigaus", was released in 2018. The record was produced by MJ Production. The album has 10 songs plus 1 bonus, including the singles "I'm Walking by the Storm Roads", "I'm Breaking the Rules", "Between the Sheets", "So Good", "I'll Take You" and "Girl". The authors of the songs are Vaido Neigaus and Jüri Mets.

The digital English EP "V: EP", released in 2019, can be listened to on Spotify. The EP has 5 stories. The song "Give Me All Your Luvin" was chosen as a single and a music video was made for it. "A: EP" was made in cooperation with MJProduction and after that the cooperation was terminated.

In the summer of 2019, he announced in the Kroonika magazine that he had secretly married a Finn and was writing a biography book. In the autumn of the same year, he published the story "Man from the Forest" co-authored by Mikk Tivas.

A music video was also made for the song. The single "Christmas Night" was released before Christmas. The co-author of the story is Ivo Degis. In 2020, Vaido published the LGBT-supporting story "Colors", co-authored by Ivo Degis and Marco Margna.

He has released a total of 3 studio albums and an English EP. Has published music videos and given hundreds of concerts. In the autumn of 2020, he published the book "Man from the Forest", to which Anu Saagim and Diana Klas have added their comments on the book.